Welcome to The Canadian Association of Movers serving the Canadian moving industry since 1969.  |  CAM is Canada's only trade association representing moving and storage companies.

The Canadian Association of Movers recognizes industry leaders who have distinguished themselves for their contribution to the industry and the association, and their innovative practices.

The outgoing CAM chairman receives a Chairman's Service Award to recognize their tireless, multi-year volunteer effort while overseeing board and committee operations of the Canadian Association of Movers. 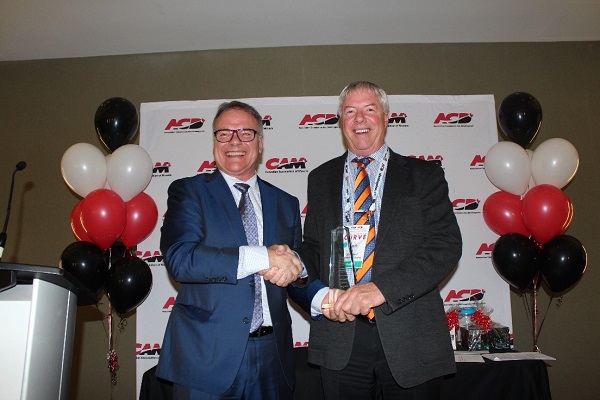 This was known as the Founders Award until 2010. 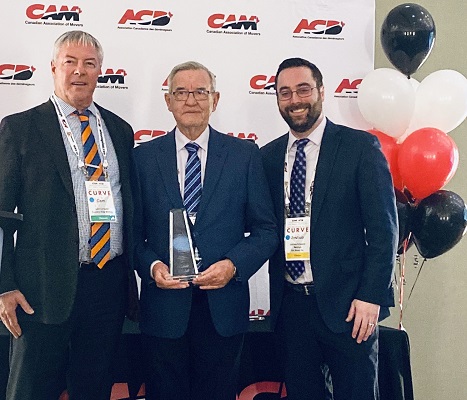 The Influencer Award was a new award in 2019 to celebrate a promising young professional under 40 years of age in the moving industry who embodies a commitment to business growth, professional excellence, the future of the industry and the community, who serves as a positive role model for others in the industry; demonstrates commitment and integrity; gives a voice to the future leaders of the industry; seeks to continually learn; embraces industry innovation, and supports the community either through volunteerism or charitable work. 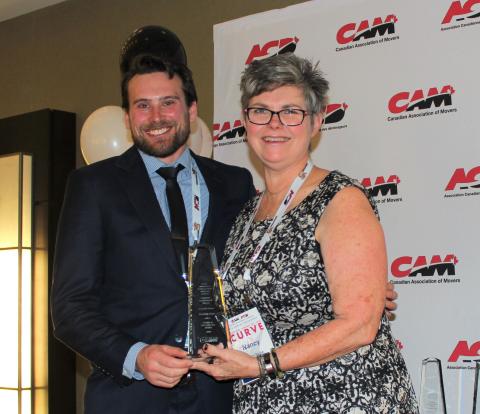 Independent Mover of the Year Award

The Independent Mover of the Year Award is presented in recognition of a prominent independent household goods mover who demonstrates outstanding performance – in community service, employee relations, innovative operations – and service excellence with customers. 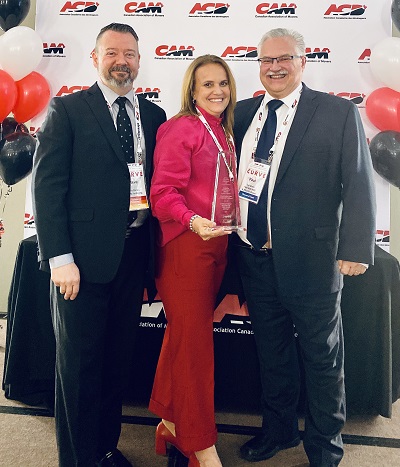 2019 – Lyne Vincent and Paul Bimm accepting the Independent Mover of the Year Award on behalf of TWO MEN AND A TRUCK® - Ottawa from CAM director Steve Stockill (l.).

Agent of the Year Award

The Agent of the Year Award is presented in recognition of a prominent van line agent who demonstrates outstanding corporate citizenship – in community service, employee relations, innovative operations – and service excellence with customers. 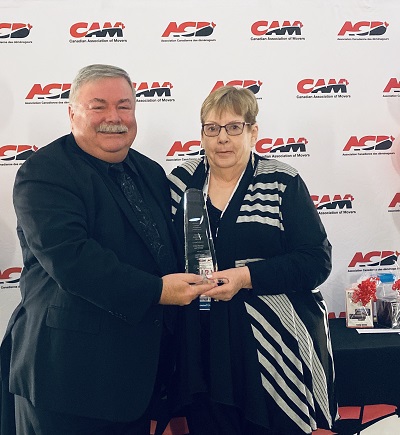 2019 – Janet Ingraham accepting the Agent of the Year Award on behalf of Cidel Moving & Storage from Fred Haladay.

This year, CAM member Quality Move Management Inc. was presented with an award from Move for Hunger at the 2019 annual awards dinner. 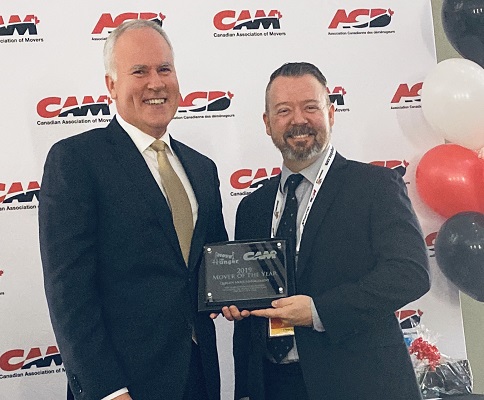 The Distinguished Service Award honours a prominent member of the profession with a long and exceptional history of contribution to the moving industry.  This outstanding individual may have dedicated many years of service to the moving industry and/or leadership in the Canadian Association of Movers, promoted quality of service and/or operations, served as a positive role model for others in the industry, and demonstrated leadership, professionalism, commitment and integrity.

The Innovator Award is presented to an individual, company, or team that achieves real innovations and/or significant breakthroughs in at least one of the following areas of customer service; empowering employees; cutting red tape and/or making significant process improvements; achieving results Canadians care about; technology and/or transition to electronic information management; promoting strong relationships with domestic and/or international partners; demonstrating bottom-line savings or cost avoidance through operational, technological or systems improvements; or introduced innovation and/or creativity to the industry.

The Public Service Award recognizes an individual, group, or organization who has performed a significant act or acts of moving-related service in the public interest. The recipient may have contributed to or brought about changes and/or improvements in any of these areas:  consumer advocacy, safety and security, awareness and learning, environmental or global protection, humanitarian achievements, community well-being or research and development.

The award was inspired in 2010 by the actions of Detective Kevin Hooper of the Toronto Police Service who saved the consumer community from being continually victimized by a rogue mover.

This award was amalgamated with the Public Service Award in 2018.

Looking for a trusted and reliable mover?